If you keep quiet at a time like this, deliverance and relief
for the Jews will arise from some other place…
Who knows if perhaps you were made queen for just such a time as this?

I began my collegiate experience at Azusa Pacific University fourteen years ago next month, pursuing a degree in vocal performance with a Spanish minor.

I realized only one semester into the program that majoring in music would be a terrible thing for me to do – not because I wasn’t talented enough to make it, but because I was already extremely critical of music and musicians, and I knew that studying it intensely would likely take the joy of music away from me. This probably isn’t true for most music majors, but I knew it would be true for me.

My passion for politics was instilled within me by my family – namely my dad and his dad – and by the movie The American President. It was that movie that introduced me to the idea of lobbying.

My passion was further reinforced the summer after high school by the self-arranged internship with a Christian/family values lobbying firm I had the privilege of having, as well as an amazing mock legislature camp I attended called City on The Hill.

Those six weeks in Sacramento were eye-opening and provided me amazing opportunities, such as testifying on a bill in front of a committee. I was able to actually lobby for/against bills and I loved it.

So, after I dropped my music major and Spanish minor, I decided to change my major to political science and my minor to history. I don’t remember the specifics of how I chose them – it just made sense at the time.

During college I worked on – and even ran – campaigns, I studied in D.C. for a semester and interned for Newt Gingrich, and I excelled in all my studies.

While at campaign training at Ronald Reagan’s Ranch,in 2004, reporters from TIME Magazine were there and the photo of our group on Reagan’s helipad ended up in the magazine​ (though the article is not about us or what we were doing at all). 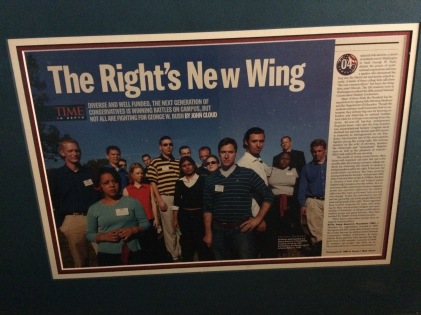 I was known by my friends and family as the future Governor of California. I had plans to run for vice-president with a friend of mine in 2028 (we even had a website!). This seemed like the path I was meant to take.

I graduated with a Bachelor of Arts degree in Political Science in May 2005 and was ready to take on the world. 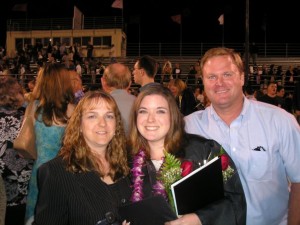 During my senior year at APU, I had the opportunity to take the StrengthsFinder test and was amazed at how well it described me.

My number one strength? Belief – I must be passionate about what I am doing.

I have learned that if I am not passionate about something I will lose interest and be ineffective. This is why I play seven instruments – I would get to a certain level, get bored, and move on. StrengthsFinder explained so much about who I am and I use the results to this day.

When I made the decision to move to Harrisburg in March 2008 (after six months of prayer), I began making connections with lobbying firms and eventually landed a job with one. I was so excited – finally on the way to doing my dream job!

Except it wasn’t my dream job.

My boss was difficult and seemed to be impossible to please. The subject matter of our lobbying was not something about which I could even force myself to be passionate. And I never got the opportunity to try actual lobbying.

I tried to do my best in my position, but I struggled. I was forced to quit less than a year later and I felt so relieved!

But, that year in politics showed me something else, too: I didn’t want to do it anymore.

As a conservative Republican (who is becoming more Libertarian as time passes), the political climate has become brutal in many ways. I began to feel almost persecuted for my beliefs and it made me tired. Since then, I have largely ignored the political arena except for glancing over headlines to know a little about what is going on. I just don’t have the energy, especially now with Tori being sick.

I am a completely different person than I was fourteen years ago. Those who knew me then have been surprised to see me almost running away from politics when all I wanted back then was to be in office.

In the past few years, I have often wondered if I studied the wrong subjects in college, if I wasted my time getting a degree I would never use – a degree for which we are still paying. My time at APU was well-spent, though, as it made me who I am today in so many ways, and I still love my alma mater, even if I don’t use my degree.

A few months ago it occurred to me that maybe this is why I have the degree that I have; that maybe everything has prepared me to lobby for lysosomal storage disorders like Krabbe to be screened for at birth.

I don’t have any plans to jump in yet – Tori is my first priority.

I don’t even know what it will look like if this is my calling. I am certainly not the only one fighting for this and I won’t be the last. Most Krabbe families are very active in pursuing legislation in their respective states, and Hunter’s Hope works fervently for this cause.

But, I can’t let my education, career experience, and my own personal connection to this go to waste if it can all be used for a greater good and ultimately save lives.

I am passionate about Tori. I am passionate about how much I hate Krabbe. I hate what Krabbe has taken from our daughter, and I hate that it will likely take her from us. So, fighting for Newborn Screening would come naturally to me – the passion and fire are there and they will never be extinguished.

Do I want to re-enter politics? No way. Do I know the game? Yes, I do. Do I think I could be effective? With God’s help, yes.

And we know that God causes everything to work together for the good of those who love God and are called according to his purpose for them.

I don’t know what God has planned, but I do know that He doesn’t waste experiences. Everything can be used for His greater plan.

And if this is what He has in store for me, then so be it. I’m all in.

7 thoughts on “For Such a Time as This…”