Today was very low key and filled with friends and family. It was wonderful, even though it poured this morning. We prayed that the forecast of all-day rain wouldn’t be true, and God answered those prayers! 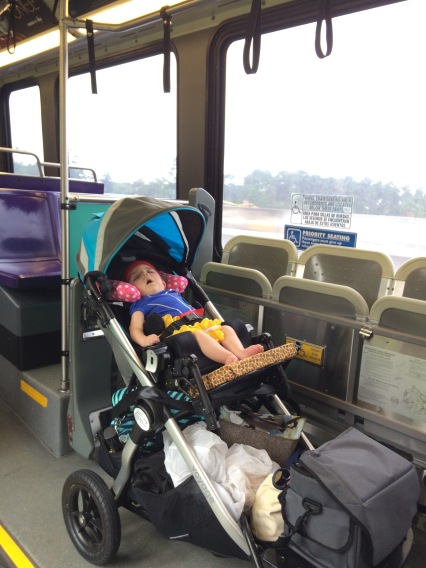 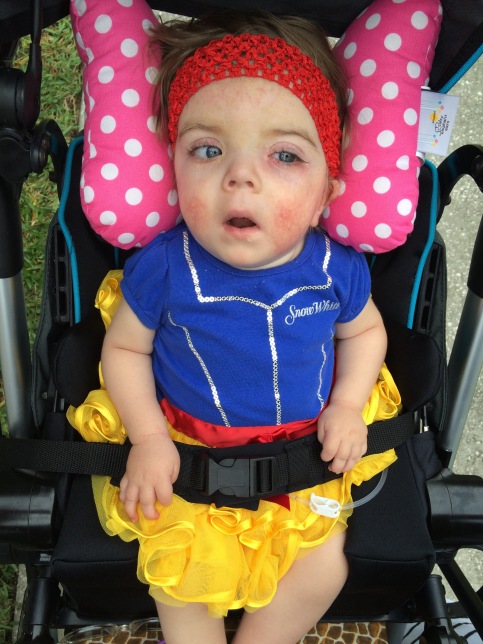 We had an adventure getting to Downtown Disney (not as easy to access as it is at Disneyland) to have lunch with some friends of ours who live in the area. The monorail doesn’t go to Downtown Disney, so we had to take it to a resort and then take a bus. The first bus had no available handicap spots, so we had to wait another 15 minutes for the next bus.

We eventually got there, and lunch was great even though we were so late because of the transportation delays. 😄 We had a wonderful visit and I am so glad they came down to see us!

The manager at the Rainforest Cafe gave us one of our meals for free after hearing about Tori – which was so unexpected! The waiter also said Tori would be in his prayers ❤️

We went back to Magic Kingdom in hopes of seeing Snow White because Tori was so adorable in her Snow White outfit!

But, by the time we got into the park and found her, they had already cut off the line and wouldn’t  allow us to see her then. The cast member was apologetic and explained that the parade was about to start and that Snow White had to get ready.

We were disappointed, but, overall, Disney was more than amazing at accommodating Tori during this trip, so we didn’t complain! We did post about it on Facebook because we knew that many cast members follow her page and we hoped that someone would have connections.

After that, we went to meet Cinderella and Rapunzel, which was special. 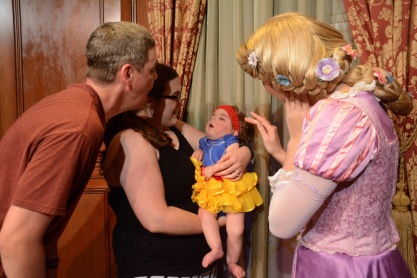 While we were in the area, Brennan and my mom took Tori on Dumbo again and I took pictures on my camera.

About that time, a cast member named Kaylei informed us that Snow White would be in Epcot at 5:20pm and 6:20pm and that she could get us in to meet her!

We rode the train to the front gates and got our exercise as we took two monorails and practically jogged to get there in time.

Kaylei led us back to Germany and when we got there they had just cut off the line. She spoke with the cast member who was with Snow White and he then asked Snow White if she would take one more given our situation…and she said yes! 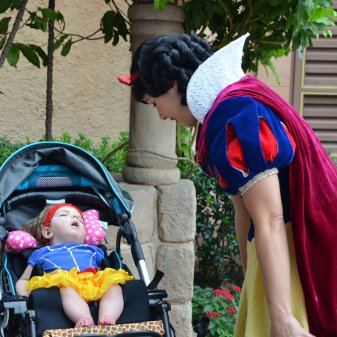 We would have been thrilled to meet Snow White at the first attempt, but our story of having to chase her through two parks is much more fun. 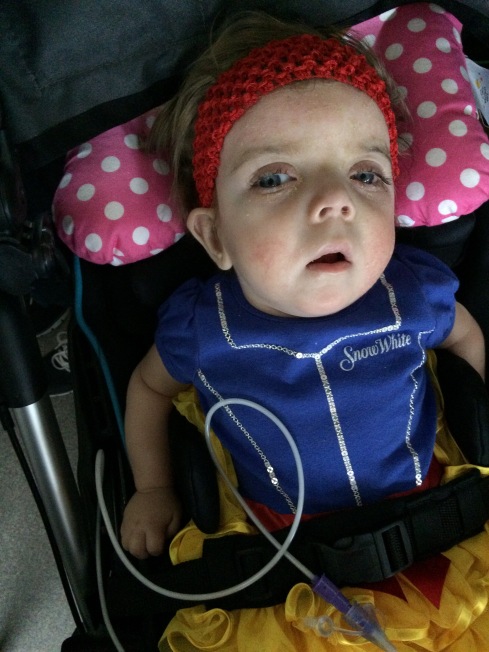 Thank you, Kaylei, for everything! ❤️

We didn’t get to see a ton in Epcot but did stop for the final MemoryMaker photos of the trip: 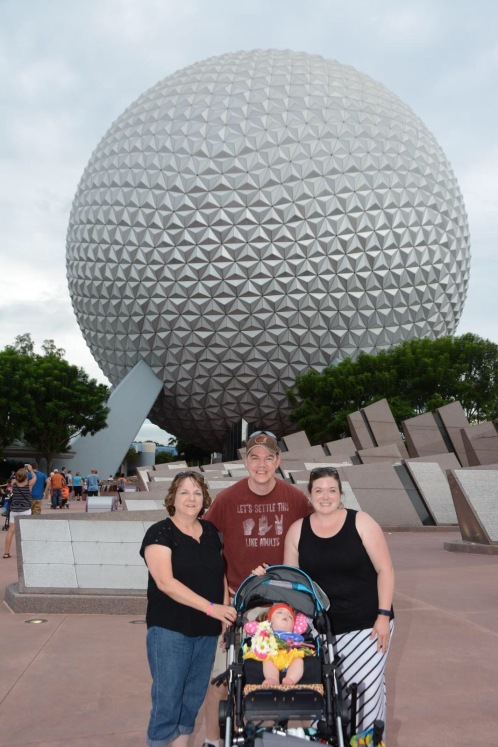 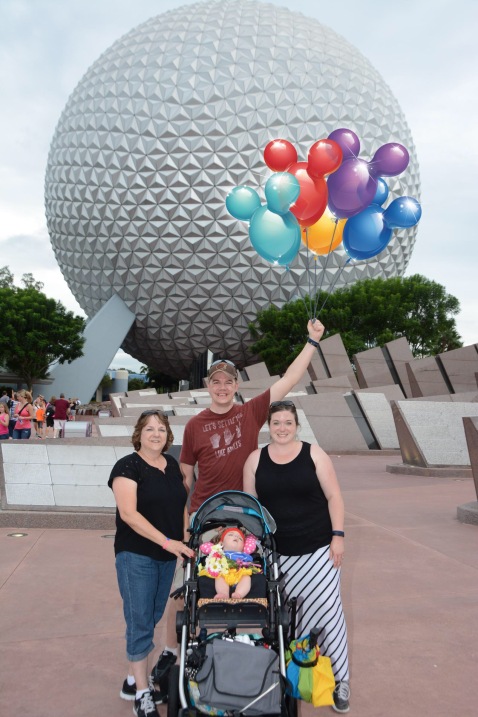 We finished our day with dinner at the Grand Floridian with Brennan’s former boss and friend, Ginger. She is now a Spa Director for Disney World and it was so great to spend time with her!

We are all packed and ready to head back to the airport early in the morning. It has been a magical week here at Disney World! 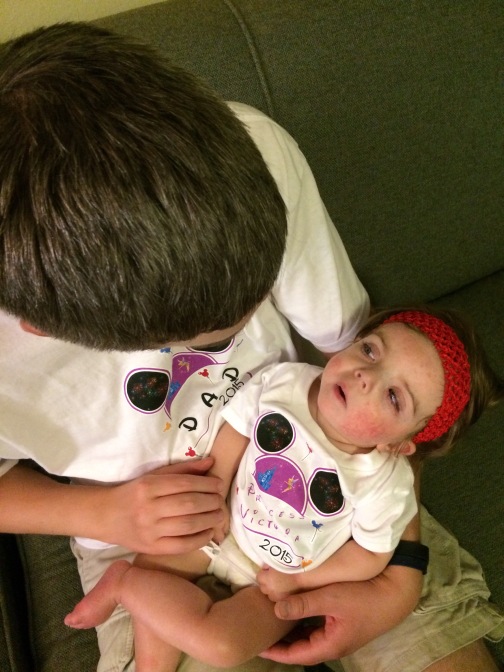 Thank you, Quinn Madeleine, for making this happen! 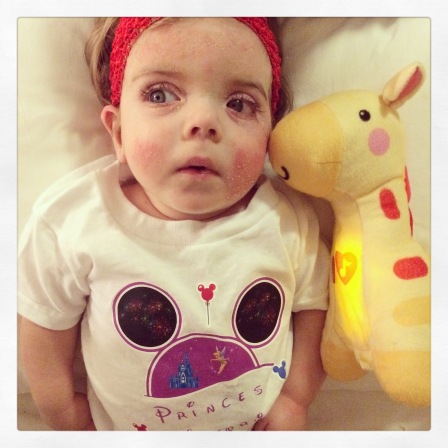 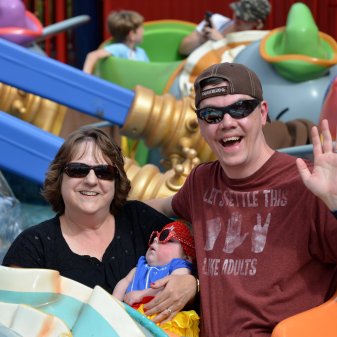 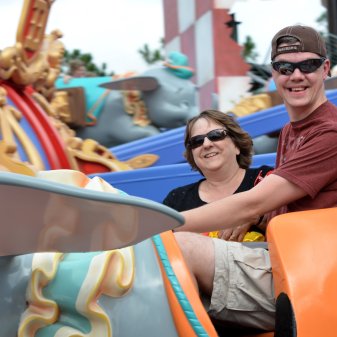 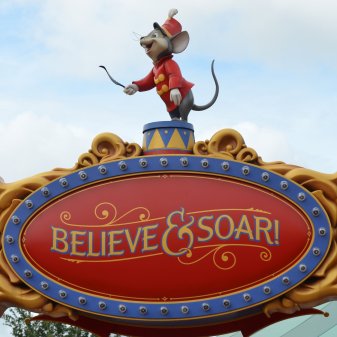 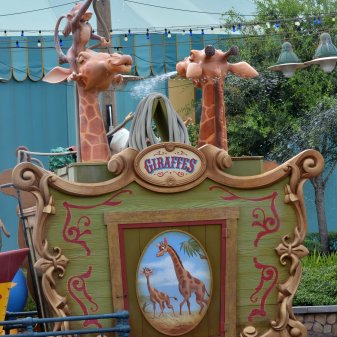 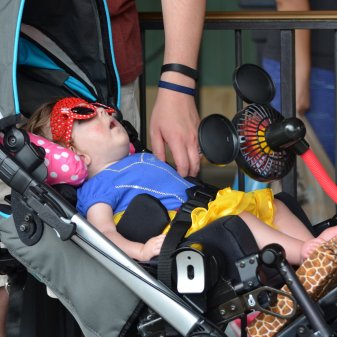 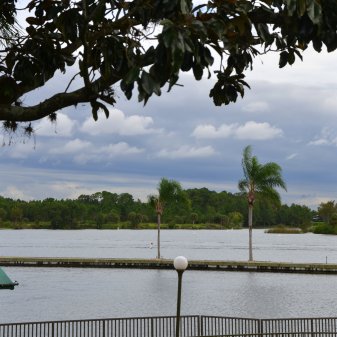 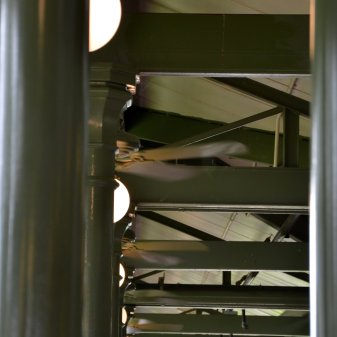 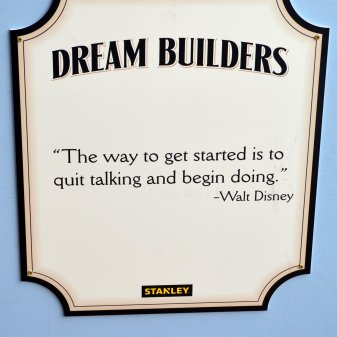 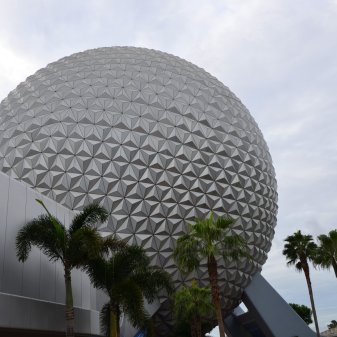 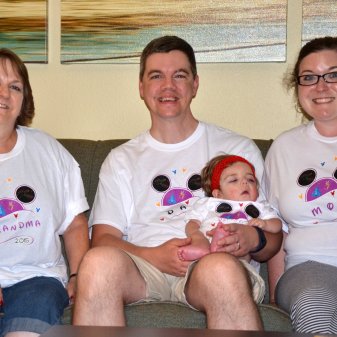 One thought on “Our Quinn’s List Experience: The Final Day”