Her toys sit where they were first placed one year ago, nearly untouched and gathering layers of dust.

The special place in the basement that we created for her playtime, learning, and general enjoyment has yet to be used by Tori.

One year ago, as we began an unwanted journey toward an unknown future, we pressed on and continued to put together her playroom.

Amidst the appointments, tests, starting her on solid foods in a desperate attempt to stop the reflux, and fears of what was wrong, we continued.

The day of her reflux diagnosis was the day I had already planned to drive to Baltimore with a friend to go shopping at IKEA for her playroom.

As she cried and cried – the entire way there and back – and as I pondered the accuracy of the diagnosis, a determination built up inside to finish her playroom.

After the devastating CT scan (that showed “brain abnormalities”), I remember Brennan holding her on the couch in the basement while I labored away to assemble the cubed shelves and the playmat.

I felt increasingly desperate to complete it as each piece of bad news was delivered.

We assembled the IKEA furniture to store her plentiful toys, and we pieced together the colorful floor mat that would provide a more comfortable place for her to play while also teaching her letters, numbers, and colors. I assembled toys and put batteries in when required. I organized and arranged her toys and stuffed animals in colorful Thirty-One bins.

As long as I was working on the room I felt hopeful, I felt like everything would be okay. 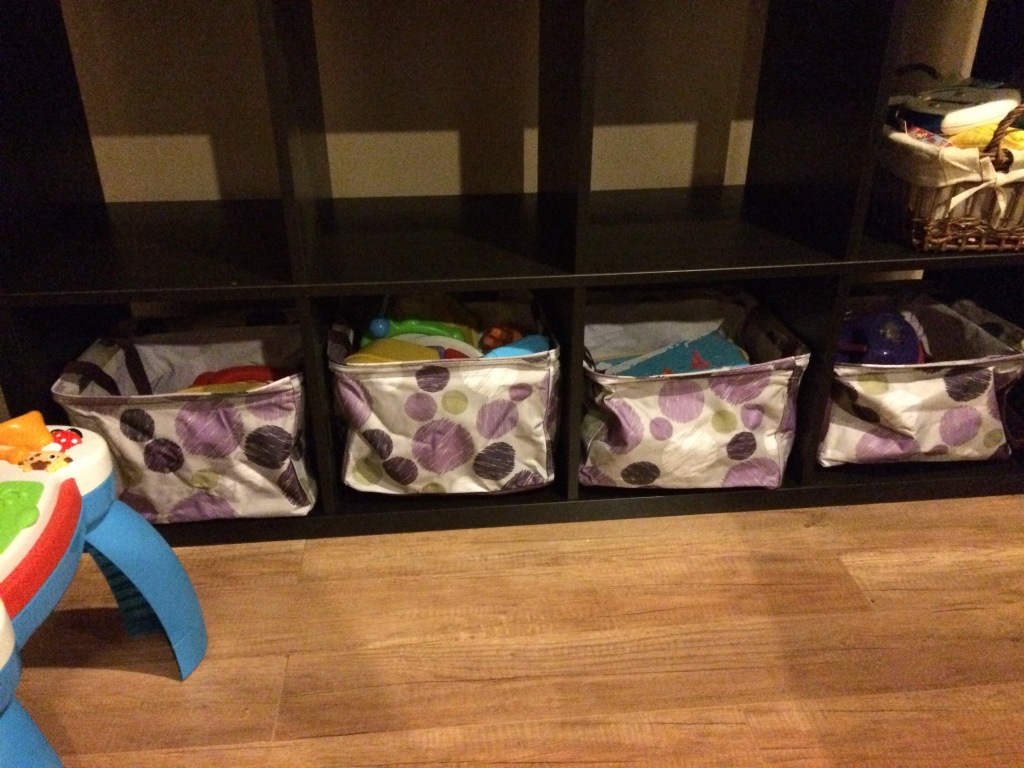 Once her official diagnosis and prognosis were received, I stopped working on her playroom for weeks.

I think it was a combination of grief and of learning about feeding tubes and other new medical realities in our lives. The room became a non-priority.

Once we decided to choose joy and hope, I finished her room. Her playroom represented hope; it demonstrated trust that God still works miracles today and that He could absolutely heal her.

I wanted the room to be finished just in case God decided to heal her here on earth. It was an act of faith, in a way.

She still hasn’t been able to play with most of her toys or to enjoy her playroom, but lately other children have while their parents visit with us or while we host Bible study meetings for church. I love hearing their laughter and seeing their smiles while they play with Tori’s toys.

We continue to pray for her healing with every breath, and we continue to thank God for giving Tori to us, even if just for a little while.

The playroom was intended for joy, and it has brought indeed that, though in a way we never would have expected.

And, maybe someday Tori will be playing along with those girls, making a mess (that I long to clean up) and being loud (a sound I would do just about anything to hear). Maybe someday.

4 thoughts on “The Playroom”