We are taught from an early age that knowledge prepares you for what lies ahead and can usually ease the difficulty or stress of the situation. We study for exams, prepare for interviews, research to obtain knowledge. Preparation is key, we are told.

Brennan and I have realized that, though we have known the inevitable end for over a year now, we aren’t any more prepared to lose our daughter. We never will be. Not with this. In fact, I think the knowledge makes every little scare exponentially more difficult.

We have had a few “scares” with Tori in the past month, moments where she has turned blue and her oxygen saturation has dropped very low. In those moments, especially the first couple of times, I panicked as we tried to get her to breathe normally. We were afraid that this was it – that she was going to die.

And I was a wreck. We both were.

But, in that moment where death appears to be lurking, that knowledge is useless.

Thankfully, she has quickly bounced back each time and we know that she is doing well – her brain is just struggling at times to multi-task. That’s what happens with Krabbe as the brain continues to deteriorate and the signals that once moved so quickly and with such strength fade slowly. We are so thankful in those moments for the pulse-oximeter that beeps loudly to alert us to any issues with her saturation, allowing us to quickly move into action.

Last month, as we left Tori in the induction room for her MRI, it felt so strange (as it always does) to leave her behind. To not have her with us. And I realized that each time we do this we are getting a tiny glimpse into life without Tori here.

I’m the type of person who would rather face unpleasant situations in life in order to have resolution as quickly as possible. If I know pain is inevitable, I’d rather just face it so that it is over.

But this is different. Losing Tori is entirely different.

I will linger in this unknown for as long as I possibly can.

Because when the unknown is gone, so is she. 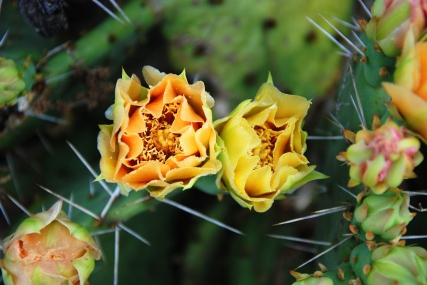