I had waited nearly a month for today’s meeting, but it was worth the wait. 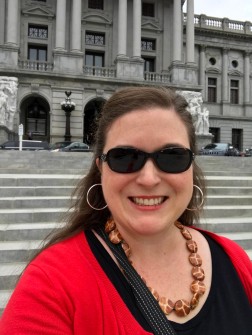 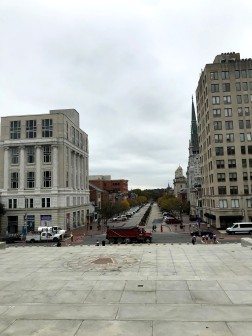 As you know by now (and if you aren’t aware, you can catch up here), we have a bill in the Pennsylvania House of Representatives named HB 730 – numbered for Tori’s birthday. Our bill passed out of committee unanimously in September, but we haven’t been able to get a floor vote for it yet. I’ve been working on that, thanks to God orchestrating meet-ups with people I didn’t know I needed to know, but we still don’t have a vote scheduled. It’s largely due to partisan politics – the very reason I got out of this game ten years ago – but it’s also due to the fact that Newborn Screening isn’t a priority to most people (myself before Tori included) unless their lives have been impacted by it.

Today, I met with our state senator (DiSanto) and he agreed to introduce what is known as a companion bill. This is a bill that is similar to (or the same as) our current bill, and it will run its course through the Senate at the same time. This saves time and energy later on (because once HB 730 passes the House it will have to go through the Senate without this companion bill), and the Senate version stands a better chance of passing at this point.

He hopes to introduce it in a few weeks, AND he said he thinks it should have no problem passing in the Senate.

After that successful meeting, I got the idea to go to Senator Michele Brooks’ office as she is the chair of the Senate Health & Human Services Committee, and our bill will likely start there. Her secretary told me that I should speak with her executive director for the committee, who just so happened to walk in at that moment. She took the time to listen to me, as unprepared as I was in terms of printed materials (I had only printed one set). She was kind and helpful and willing to help.

I then texted another legislative friend (Rachel, the author of HB 730 and someone who has walked with me on this journey for four years now) and she told me her location; when I got down there, my contact from the Speaker of the House’s office was there! We caught up and I felt encouraged by the Lord’s clear orchestration of meet-ups today.

It doesn’t stop there: as I was talking to Rachel, someone else who will be crucial to this endeavor walked by and she called him over. I was able to introduce myself, explain HB 730 and its status, and ask for his help as things proceed.

Days like this confirm, yet again, that this is what I’m supposed to do. I’m supposed to be fighting to protect innocent newborns in Pennsylvania and to help ensure that they have every opportunity to live a healthy life.

God continues to show up and surprise me and I can’t wait to see what happens next. I truly believe we will succeed and Tori’s impact on NBS will be complete.

One thought on “Pursuing a Companion Bill in the Senate”