I have loved the account in Daniel 3 for many years, not because of the miracle it records, but rather because of the attitude and loyalty toward the Lord these brave men displayed as they literally stood in the flames. They knew that God could save them, but they acknowledged that even if He didn’t, they would still worship Him. He was still good. They didn’t run away from the prospect of losing their lives; they trusted the Lord even when circumstances were less than ideal.

Someday I will have a sign in my house with this saying/paraphrase as a visual reminder that God is always good even when my circumstances are not. I just have to find room in the budget. 😉

Three years ago, after much prayer, we decided to begin our IVF journey. We had four viable embryos and we were excited about the prospect of using all of them, hoping for a large family. In September 2017 we transferred two embryos – a boy and a girl, neither of which were even carriers of Krabbe – and we ended up with identical twin boys. That left us with two remaining embryos – both girls, both carriers of Krabbe.

On February 21, 2020, we transferred those two remaining embryos with hope that we would have at least one daughter as a result. It barely crossed my mind that there was a chance for zero daughters because my body loves pregnancy, we don’t have infertility issues, and we were honoring the lives those embryos contained by using them and not discarding them.

Imagine our surprise today when we received the results from the bloodwork and found out that I’m not pregnant.

The Lord used these tests to prepare our hearts for today. The embryos simply didn’t attach. And He is still GOOD.

As we processed the news this evening, my heart hurt for many reasons, but mostly for what I feel like we’ve lost: the opportunity to have another daughter and for Brennan to be able to dance with her at her wedding someday; the chance for the boys to be big brothers and protect their little sister(s); the chance to have the four children we’ve dreamed of having since before we got married; the chance to fill this picture frame with a third birth photo. 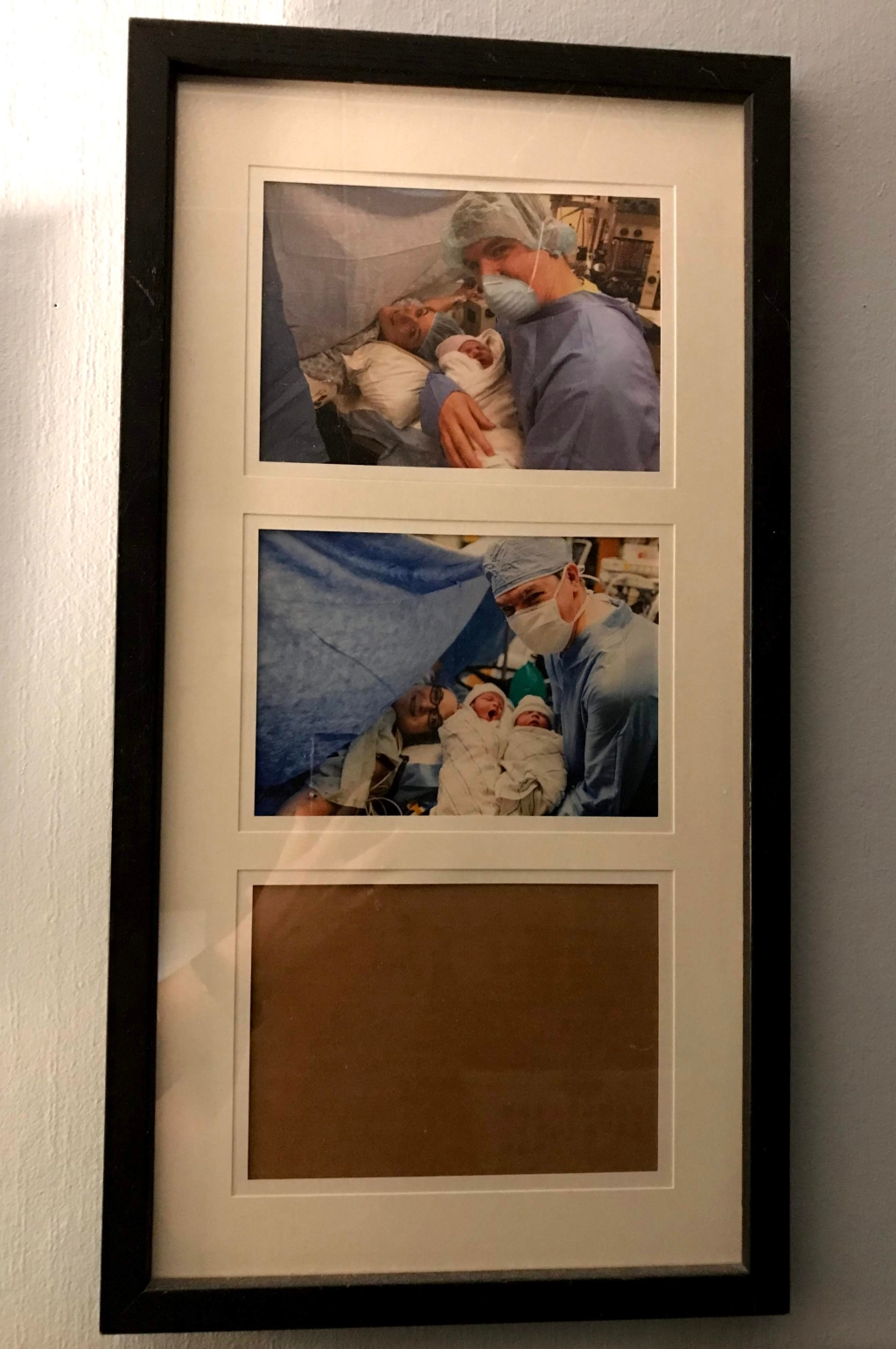 The future as we imagined it has now changed, and it will take a little while to process and accept it. It’s the finality of it all that has hit me the hardest: no more babies for us. None.

But, just because our life isn’t going as we expected it to go doesn’t mean that it won’t be amazing and great. It doesn’t mean that God isn’t good, and that we won’t have joy. In fact, the news of today amplified my joy in our precious sons as we watched them play and laugh tonight. We adore them and are beyond grateful that the Lord has given them to us.

Someday we will see Tori again and we believe that we will meet our precious embryos (three girls and one boy) that never attached. Someday we will have the large family for which we had hoped. We look forward to seeing what God has planned; He has NEVER failed us and He won’t fail us now. ❤